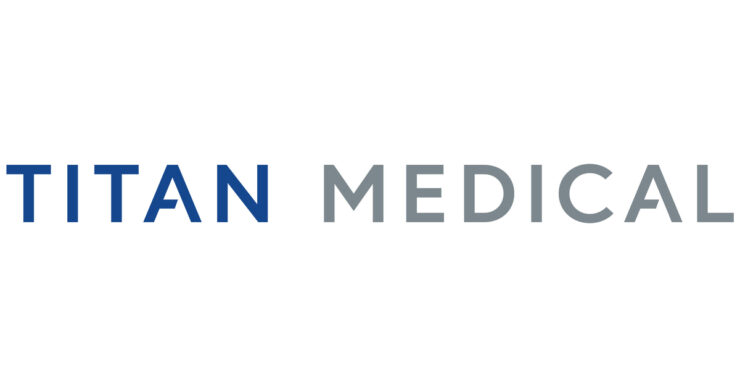 Titan Medical has announced changes to its Surgeon Advisory Board (SAB) comprised of industry leaders in single access and robotic-assisted surgery. The SAB will work cohesively with management to advance the company’s Enos™ robotic single access surgical system through clinical studies to be performed following the approval of its planned application to the FDA for an investigational device exemption (IDE), and, upon regulatory clearance, realize the vision of improving patient outcomes.

“We are proud to announce the new members of our Surgeon Advisory Board, and to be working closely with scientific and clinical luminaries in the field of single access and robotic-assisted surgery. The prestigious group of thought leaders we have assembled will assist Titan by providing insights and guidance as we prepare for human clinical studies,” said David McNally, President and CEO of Titan Medical. “We look forward to working closely with this exceptional group of surgeons as they are uniquely qualified to guide the further development of effective surgeon training programs that will facilitate safe use, and upon regulatory clearance, broaden adoption of our innovative Enos robotic single access system.”

Mr. McNally continued, “We are grateful for the many contributions of previous SAB advisors including Drs. Eduardo Parra-Davila, Lee Swanstrom, John Valvo and Bruce Wolff who previously provided expert guidance in assessing subspecialties and a broad array of procedural applications outside of our initial targeted indication of use in gynecologic surgery. They have assisted in confirming the potential for broad application of the Enos system in other subspecialties in the future.”

In the last year, Titan has made key appointments to its Board of Directors and executive team, expanded its technology solution development and manufacturing capabilities, and bolstered its infrastructure to further position itself as an innovation leader in robotic single access surgery. The SAB further advances its vision to deliver innovative solutions that have a positive impact for patients, surgeons and hospital settings of multiple sizes.

Arnold Advincula, MD, Professor & Vice-Chair of Women’s Health as well as Chief of Gynecology at the Sloane Hospital for Women, New York Presbyterian Hospital/Columbia University Medical Center, brings more than 20 years of clinical expertise. He is a board-certified obstetrician-gynecologist and a Fellow of the American College of Surgeons. After graduating with honors from Temple University School of Medicine in Philadelphia, Dr. Advincula completed both an OB/GYN residency and a Minimally Invasive Surgery fellowship at the University of North Carolina-Chapel Hill. Formerly, he was Professor of Obstetrics and Gynecology, Director of the Minimally Invasive Surgery Division and Fellowship, and Director of the Endometriosis Center at the University of Michigan. More recently, he was Director of the Center for Specialized Gynecology and Director of the Education Institute at the Nicholson Center, an advanced medical and surgical simulation training facility at Florida Hospital Celebration Health. He has served as President of the American Association of Gynecologic Laparoscopy, an 8,000-member organization promoting minimally invasive surgery worldwide, from 2014 to 2016.

J. Scott Magnuson, MD, FACS, is a board-certified otolaryngologist – head and neck surgeon and a pioneer in the field of robotic surgery for the head and neck. He possesses advanced training in robotic-assisted surgery and is a leading authority on Transoral Robotic Surgery whose areas of expertise include advanced head and neck surgery, tumor removal, skin cancer surgery, sleep apnea surgery, airway surgery, thyroid and parathyroid surgery, reconstructive surgery and voice and swallowing disorders. Dr. Magnuson is the founder of AdventHealth Medical Group’s elite ear, nose and throat surgical team. He is also Chief Medical Officer of the AdventHealth Nicholson Center, one of the leading surgical education centers in the world, with a specific focus and expertise in robotic surgical devices and procedures. His credentials include his medical degree earned at the University of Texas Medical School in Houston as well as his internship in general surgery and otolaryngology residency at the University of Alabama at Birmingham.

Arleen H. Song, MD, MPH, is currently an Assistant Professor in the Division of Minimally Invasive Gynecologic Surgery in the Department of Obstetrics and Gynecology at Duke University. She is board certified in obstetrics and gynecology. She received her medical degree from University of North Carolina at Chapel Hill School of Medicine and completed her OB/GYN residency and minimally invasive gynecologic surgery fellowship at the University of Michigan. She remained on faculty at the University of Michigan in the Division of Minimally Invasive Gynecologic Surgery during which time she was a faculty preceptor for fellows and served as Director of Clinical Services for the MIGS division. She is a long time member of the American Association of Gynecologic Laparoscopists (AAGL) and served as Chair of the AAGL robotic special interest group.

Kevin J.E. Stepp, MD, FACOG, FPMRS, is the Director of Urogynecology and Pelvic Surgery at one of the nation’s largest hospital systems in the country: Atrium Health in Charlotte, North Carolina. Dr. Stepp completed his residency in Obstetrics and Gynecology at MetroHealth/ Cleveland Clinic. He then completed a 3-year, combined fellowship in Minimally Invasive Surgery and Urogynecology/Pelvic Reconstructive Surgery at the Cleveland Clinic in Cleveland, Ohio. In 2010 he relocated to Charlotte to establish a combined surgical division in Urogynecology and Minimally Invasive Surgery. Under his leadership, the division has grown to one of the busiest surgical programs in the country and become a highly sought-after fellowship in Urogynecology and Reconstructive Surgery. Dr. Stepp is a member of the American Urogynecologic Society, the American College of Obstetrics and Gynecologists and the American Association of Gynecologic Laparoscopists.

Enos™ is a trademark of Titan Medical Inc.

Titan to support Medtronic development and pre-clinical activities through supply of instruments and cameras.