The MicroPort® Trans-bronchial Surgical Robot is a non-invasive, natural orifice transluminal robotic platform. It provides an integrated solution for the intelligent treatment of lung diseases by integrating the entire process of intelligent assistance for the procedure, including preoperative planning, respiratory compensation, and intraoperative surgical guidance. The system features an ultra-soft, ultra-slim snake-like robotic catheter that can travel into a narrow lesion space through the natural orifice without causing surface trauma. This design allows for full-lung coverage, which is critical for early cancer diagnosis and treatment of micronodules. The robot also has a high-precision image navigation system that can give real-time in vivo motion guidance for surgical operations while avoiding vital blood veins and organs, enabling surgeons in completing procedures rapidly, precisely, and safely.

Before the procedure, Prof. Weimin Li and Prof. Dan Liu’s team uploaded the patient’s lung CT images to MicroPort® Trans-bronchial Surgical Robot’s surgical planning software to generate a high-precision 3D anatomical model of the patient’s lung. Guided by the software’s navigation system, Prof. Li and Prof. Liu used a unique operating controller to steer the bronchoscope into the left upper lobe posterior section and reach the target position, successfully completing the biopsy with the help of endoscopic vision and virtual imaging. They confirmed the success of the biopsy by performing a rapid on-site cytological evaluation at the same time.

Lung cancer, known as a “silent killer”, is the most common malignant tumor in China in terms of new cases and death rate, with a five-year survival rate as low as 18% among all stages of lung cancer patients. Presently, only two international bronchoscopy robots have received certificates and are currently available on the global market, and none of them is available on the Chinese market yet.

President Weimin Li commented, “It has been a major challenge for doctors to improve the diagnostic rate of peripheral lung cancer using conventional bronchoscopy. The MicroPort® Trans-bronchial Surgical Robot is able to access deeper lung tissue and accurately biopsy micronodules, allowing for the diagnosis of lung cancer at an earlier stage. As a leading base for medical scientific research and technological innovation in China, WCH has been committed to promoting domestic medical technology innovations through collaboration between doctors and engineers. Early screening and precise treatment of lung cancer can considerably increase patients’ chances of survival and enhance their quality of life. We hope that through the collaboration with MicroPort® MedBot®, we can achieve early and precise diagnosis and treatment of lung cancer and improve the survival rate of patients with lung cancer.”

Dr. Chao He, President of MicroPort® MedBot®, stated, “The completion of this first robotic-assisted bronchoscopy is a significant milestone in medicine-engineering collaboration on domestic innovative medical devices, as it not only fills a gap in the field of diagnosis and treatment robots for trans-bronchial lung diseases, but also represents a significant breakthrough in the field of non-invasive natural orifice transluminal robots. As an innovative leader in China’s surgical robot industry, we will accelerate the clinical application and technology development of this product, promoting the commercialization of the total solution of intelligent surgical robots for lung diseases. At the same time, we will take this as a fresh starting point for expanding clinical applications in the realm of natural orifice transluminal interventions. Such technologies can be used not just for respiratory procedures, but will also be gradually used in other natural orifice transluminal therapies in the future, such as gastrointestinal and reproductive system therapies, providing accessible, inclusive and total robotic solutions for smart surgeries.” 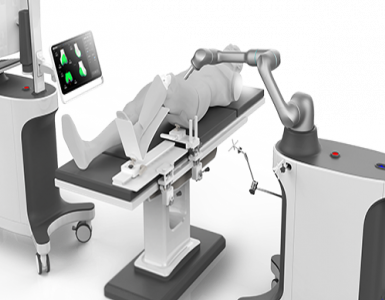