“Adding top talent to our leadership team is essential to our success,” said Dvir Cohen, co-founder and chief executive officer of Memic. “We are honored to have Duncan, Chad, Stavit and Gus join our team as their broad industry experience including at prominent surgical and robotics companies will be instrumental as we expand commercial opportunities for Hominis. I look forward to working with them closely as we plan for continued growth in our global operations.”

Ms. Cohen joins Memic as vice president of R&D where she brings deep experience in R&D leadership at companies with advanced medical technologies. Previously, she served as senior director of R&D and site leader at EPD Solutions, a Philips company, where she played key roles in expanding partnerships with Medtronic, Inc. 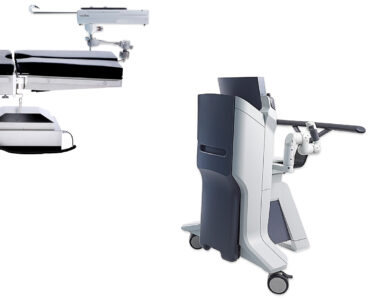 Doctors at HCA Florida Kendall Hospital performed the first of its kind minimally invasive hysterectomy in the U.S., thanks to new technology available at only a few hospitals in the world. On May 28, Dr. Ricardo...

Hominis is the first and only FDA-authorized surgical robot that features miniature humanoid-shaped arms.