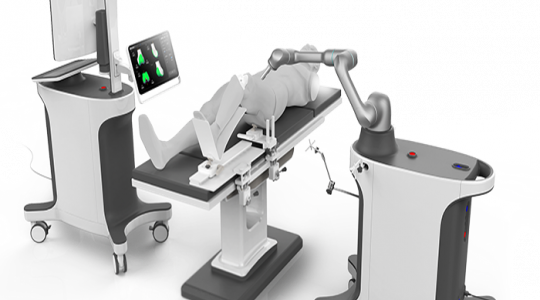 Prof. Haobo Zhong commented on the success of the surgery, stating, “With the assistance of the Honghu Orthopedic Surgical Robot, the surgery was a complete success. Since the surgical robot can take precise measurements and develop individualized reconstruction plans before surgery, it fills a gap in traditional surgical methods and enables precise and individualized surgery. The advent of 5G surgery exemplifies the rapid development of medical science and technology towards medicine characterized by precision, personalization, minimal invasiveness, intelligence and remote operation. Digital orthopedics represented by joint reconstruction robots will bring great benefits to patients.”

Before the surgery, Prof. Zhong’s team in Huizhou developed a customized three-dimensional prosthesis implant plan by reconstructing high-resolution CT image data for the patient, which was sent via 5G network to the 5G interconnectivity platform operated by MicroPort® MedBot at its headquarters. Based on real-time discussion and exchange of views, the remote teams in Shanghai and Kunming worked together with Prof. Zhong to finalize the surgical plan. The total knee arthroplasty, although involving experts from three locations, was completed within just 75 minutes.

Prof. Huiwu Li commented, “This is the first time in China that a Chinese-developed orthopedic surgical robot brings 5G telemedicine to the field of knee replacement, allowing the performance of live surgeries in multiple medical centers at different locations. This helps bring quality medical resources to smaller cities, which is important for enhancing medical services in local and remote communities.”

Ms. Haiying Yu, General Manager of MicroPort® OrthoBot, remarked, “The launch of 5G technology and the remote surgical support center has improved the consistency of surgical techniques with a much smoother learning curve compared to the traditional approach. It allows surgeons to make customized surgical plans and adjust them flexibly during each operation. The Honghu Orthopedic Surgical Robot not only represents the future direction of precise, intelligent, balanced and optimized remote surgery, but also builds a bridge for doctors to communicate, share and learn from each other. ”

In the future, MicroPort® MedBot will continue to invest in innovations and promote access to quality medical resources in lower-tier areas to serve patients worldwide with the help of technology. 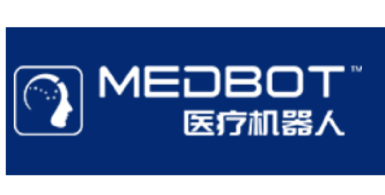