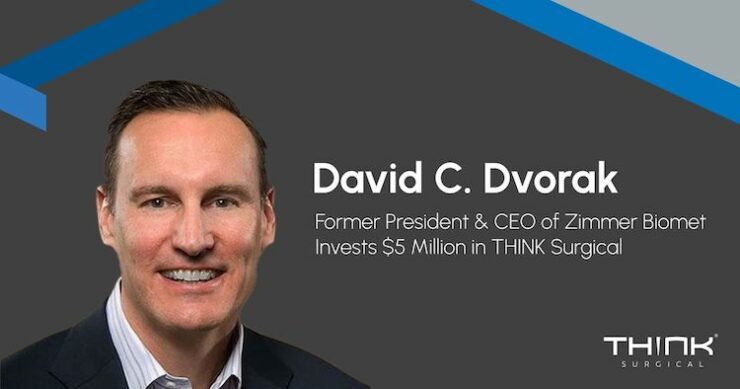 THINK Surgical, Inc. has received an investment of $5 million dollars from David Dvorak. This investment was completed through Black Lake Expeditions, LLC, an entity for which Mr. Dvorak serves as managing director. Mr. Dvorak became THINK Surgical’s Executive Chairman of the Board last year following an extensive search process.

Mr. Dvorak had a successful 16-year career at Zimmer Biomet Holdings, Inc. where he most recently held the position of president and chief executive officer for a decade.

“Since becoming THINK Surgical’s Chairman, I have gained a much deeper understanding of THINK’s overarching strategy and vision, current product offering and future technology pipeline, as well as the strength of its leadership team,” said Mr. Dvorak. “Given his track record of success over decades with Stryker Corporation, including his time as president of the Joint Replacement Division and his experience with Mako robotic-arm technology, Stuart Simpson is uniquely qualified to lead THINK. I am highly confident that under Stuart’s leadership THINK will execute its compelling plans with precision and generate tremendous value for its stakeholders.”

“It is incredibly gratifying and motivating to receive such a significant demonstration of support from David,” said Stuart Simpson, president and chief executive officer of THINK Surgical. “David’s decades of leadership experience in the orthopedic industry makes his investment a testament to the future growth potential of THINK Surgical.” 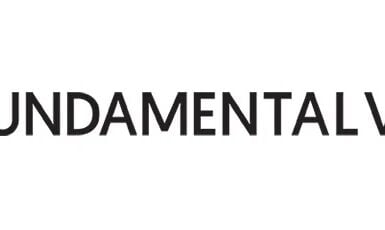