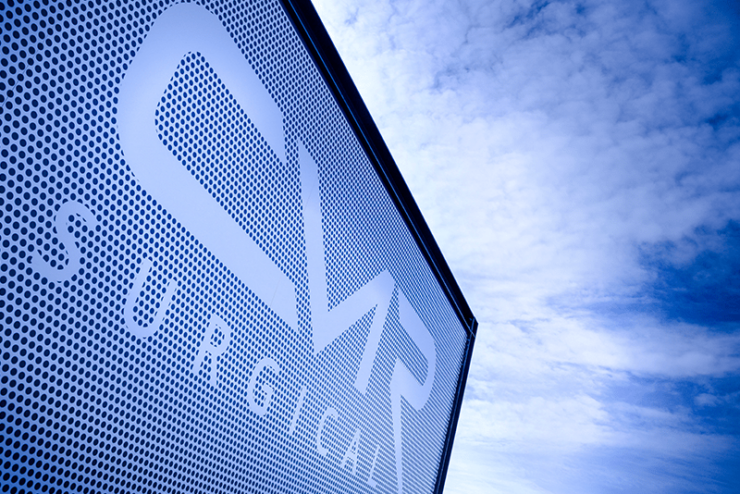 CMR Surgical (CMR) has today announced its newly formed leadership team in Europe. Alongside this, a new regional structure is being implemented to support significant growth as CMR continues to scale rapidly worldwide.

The advanced model in Europe allows CMR to operate its key customer facing business directly from local markets and across the region. It will allow CMR to drive faster decision making, supporting customer success and driving business growth, while retaining global alignment.

To ensure CMR delivers on its ambitious plans in Europe, Olivier Wolber has joined CMR as European General Manager (GM). Olivier will be responsible for implementation of the commercial and customer success strategy. As an established senior executive in the life sciences, Olivier joins CMR from Smith & Nephew, the multinational medical equipment business, where he held the position of Managing Director in multiple territories of EMEA.

“I am excited and honoured to take on this new role at such a pivotal time in the Company’s journey as it continues to see massive opportunity and continued strong momentum in the regions and globally,” said Olivier Wolber, European General Manager (GM), CMR Surgical.

Local GMs will report into Olivier, to drive success in their own territories. Appointments include Patricia Chesnais for France and Benelux, Massimo Carone for Spain and Portugal, and existing senior commercial experts at CMR, Franz Mazzone for Italy and Ana Raduc for UK and Ireland.

Patricia and Massimo recently joined CMR bringing a wealth of medical technology and leadership experience to their roles. Patricia has held senior positions at CR Bard, Phillips and Johnson & Johnson, and Massimo has a decade in leadership roles at medtech multinational Stryker, most recently as European Managing Director.

To drive business development in Europe, Colin Eke has moved into the new role of New Business Development Manager for Europe.

Steve Bell, Chief Commercial Officer of CMR Surgical, commented: “Europe is a key strategic market for CMR and having highly accomplished leaders with broad, senior executive experience on the ground in Europe will enable us to empower local teams and make decisions closer to the customer.”

Per Vegard Nerseth, Chief Executive Officer of CMR Surgical, adds: “This is a significant step to delivering our strategy and building a highly successful surgical robotics business. We are delighted to have outstanding senior talent to help shape our offering in Europe and be a part of CMR’s history. With this dynamic team at the cross section of commercial and customer experience, we hope to create stronger partnerships and accelerate the adoption of Versius across Europe.”