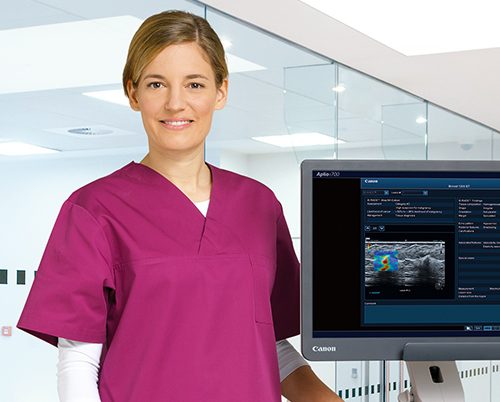 Aplio i-series, which was first launched in 2016, quickly gained a reputation for precise, deep, and detailed general imaging performance. It is widely used in clinical applications, ranging from first trimester fetal heart evaluation to high resolution assessment of musculoskeletal injuries, accurate and non-invasive staging of liver disease, and simplified complex 2D and 3D echocardiographic imaging, among many other clinical applications.

Akihiro Sano, Ultrasound General Manager at Canon Medical says of the development, “The Aplio i-series / Prism Edition is our most advanced ultrasound system to date and represents more than 50 years of development knowledge and expertise, as well as strong collaborations with a wide range of global clinical partners. At the core, we believe users will be delighted with the power of the B-mode imaging performance but will also appreciate the many new applications that have been introduced on this machine for a broad range of clinical areas”.

In addition to the Aplio i-series / Prism Edition, Canon’s popular Aplio a-series, launched in 2018, is also receiving a major update with new workflow enhancing AI technology. Designed as a scalable multi-purpose system, the Aplio a-series continues to benefit from inherited technology from the premium Aplio i-series, including new Shear Wave technology and Smart Body Mark applications, with automated workflow technology to speed up and simplify many routine protocols.

The Aplio i-series / Prism Edition and Aplio a-series have already been thoroughly evaluated by clinical teams and partners in Japan, Australia, Europe and the USA, and are now commercially available in Japan, CE Mark regions in Europe and Australia. Canon Medical plans to launch both series to the USA market, pending FDA approval, at the RSNA 2021 Global Congress in Chicago in November.

Aplio i-series / Prism Edition and Aplio a-series are not commercially available in all markets, and future availability cannot be guaranteed until local regulatory approvals are gained. 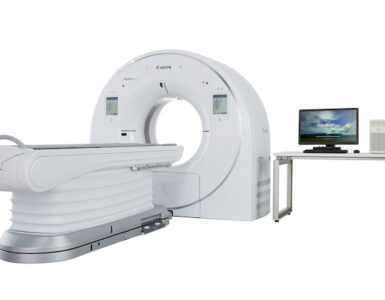