Remove the Smoke, Keep the Pressure: Is it Possible to Maintain a Stable Pneumoperitoneum While Using an Active Smoke Removal System? 

Surgical smoke is caused by the thermal destruction of tissue when using energy-generating devices, like electrosurgical units, ultrasonic devices, and lasers, during surgical procedures[1]. Energy-generating devices heat tissue to temperatures of at least 100° C, causing the cells to burst, and smoke is immediately dispersed throughout the operating room[1]. The smoke that is generated obscures the surgical site, impeding the surgeon’s view, and presents a danger to patients and perioperative staff alike.

The dangers of exposure to surgical smoke have been documented since the 1970’s[2]. It is now well known that surgical smoke can contain gaseous toxic compounds, bio-aerosols, along with live and dead cellular material, including bacteria and viruses like Human Immunodeficiency Virus (HIV), Human Papillomavirus (HPV), and hepatitis[3]).

The risk of exposure to surgical smoke is not limited to open procedures. Minimally invasive procedures present unique risks to the patient, and also pose a risk to perioperative staff. The build-up of surgical smoke within the pneumoperitoneum during laparoscopic cases presents risk to the patient because it reduces the surgeon’s visibility of the surgical field, can lead to error or prolong surgical procedures, and can lead to port-site metastasis, carbon monoxide exposure, and increased levels of carboxyhemoglobin[3]. Perioperative staff are exposed to surgical smoke when the pneumoperitoneum is released if no filtering device is present[3].

Removing airborne particles within the pneumoperitoneum that are generated by tissue combustion during laparoscopic surgery is necessary to protect the patient from physiological changes that can occur when surgical smoke is absorbed through the peritoneal membrane. Additionally, preventing obstruction of the surgical site and improving visual acuity decreases potential for delaying or prolonging surgical procedures.

The Northgate Technologies, Inc. (NTI) NEBULAE® SRS System is designed to be used in any laparoscopic surgery setting, as appropriate, to remove airborne particles generated by tissue combustion during laparoscopic surgery through filtration of gaseous media contained within the distended pneumoperitoneum in order to improve visualization. The system consists of two main parts: the NEBULAE® SRS device and the NEBULAE SRS Tubing Set. The NEBULAE SRS device acts as a pump that pulls the gas from inside the pneumoperitoneum to be filtered and returned within a closed loop system. The device also has circuitry to support a compatible CO2 gas warmer. The NEBULAE SRS Tubing Set with ULPA and Carbon filter is a single-use, disposable tubing set that contains a cartridge housing with a diaphragm pump that is driven by the DC Motor in the device.

The purpose of this document is to discuss the performance of the NEBULAE Smoke Removal System (SRS) in maintaining visual clarity for surgeons during laparoscopic cauterization while also maintaining the pneumoperitoneum. 16 different surgeons utilized laparoscopic cauterization with the SRS, removing smoke from the pneumoperitoneum, and their perception of visual clarity is provided in the data below.

Brief Overview of the Study

The pneumoperitoneum was initially insufflated to 10 mmHg with a Veress needle. Once a stable pneumoperitoneum was established, the remaining trocars were placed in the typical position for a laparoscopic cholecystectomy. The first part of the study consisted of 14 different surgeons. Each participating surgeon was allotted 15 minutes for their individual assessment. A new tubing set was utilized for each surgeon. With the SRS device connected to the trocars and powered on, the liver was cauterized for fifteen seconds using one of the three cautery instruments- specifically monopolar, bipolar and ultrasonic. After each instrument, the surgeon responded to the following statement: The SRS helped maintain visual clarity during cautery by removing smoke and particulates from the field of vision (I-Strongly Disagree, 2-Disagree, 3-Neutral, 4-Agree, Strongly Agree). A final assessment asked the surgeon to mark if they agreed the SRS was clinically acceptable in maintaining visual clarity during cautery.

The second part of the study involved two different surgeons, and was intended to measure the time before visual clarity became unacceptable with and without the SRS in use while the liver was cauterized continuously.

The results are further broken down in Figures 2, 3, and 4, showing the responses given specifically when using monopolar (Fig 2), bipolar (Fig 3), or ultrasonic instruments (Fig 4).

Figure 2: The NEBULAE SRS when used with the monopolar instrument had an average response of 4.3 out of 5 to the statement “SRS helped maintain visual clarity by removing smoke and particulates during monopolar cautery from the field of vision.”

Figure 3: The NEBULAE SRS when used with the bipolar instrument had an average response of 4.9 out of 5 to the statement “SRS helped maintain visual clarity by removing smoke and particulates during monopolar cautery from the field of vision.”

Figure 4: The NEBULAE SRS when used with the bipolar instrument had an average response of 4.3 out of 5 to the statement “SRS helped maintain visual clarity by removing smoke and particulates during monopolar cautery from the field of vision.”

The NEBULAE SRS was found to be clinically acceptable in removing smoke and particulates from the field of vision and helping to maintain visual clarity during laparoscopic cauterization. Regardless of the instrument used, the assessment scores from the surgeons indicate the SRS was effective in clearing smoke during the cautery. This conclusion is further supported by the second part of the study where the surgeon stated that during continuous cauterization and extensive smoke accumulation the SRS extended the time the field of vision was acceptable.

The NEBULAE SRS was able to maintain the pneumoperitoneum while actively removing surgical smoke. Further investigation could be warranted to determine if an effective smoke evacuation system like the SRS allows the surgeon to operate in lower pneumoperitoneal pressure and contributes to an improved patient experience associated with low pressure surgery.

Pioneers in minimally invasive surgical technology, Northgate Technologies Inc. has been manufacturing, designing, and innovating since 1984.

We are committed to providing optimal value throughout the entire healthcare experience by collaborating with customers and clinicians to understand their needs and develop new solutions to their challenges and concerns. 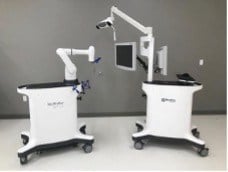 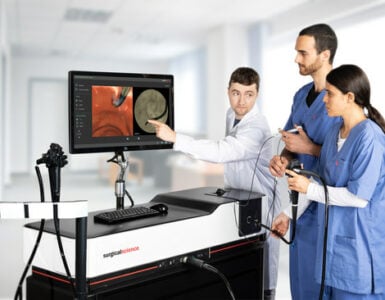 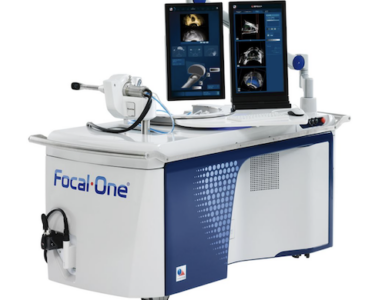