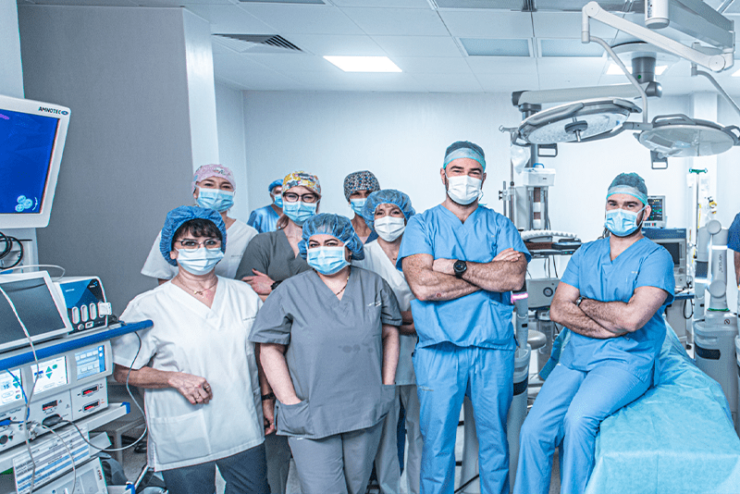 CMR Surgical has announced the adoption of its Versius® Surgical Robotic System in Poland at Salve Medica Medical Centre in Łódź, the third largest city in Poland. At Salve Medica, Versius is being used in urology, with plans to expand into general surgery and gynaecology as part of a multispecialty robotics programme. Salve Medica has also become CMR’s first reference centre for Versius in Poland.

There is significant growth in the surgical robotics market in Poland, where it is estimated to reach almost PLN 680 million by 2026. The degree of market development, healthcare financing and macroeconomic developments in Poland will continue to be a driver for further adoption of surgical robotic systems, with a total of around 50 installations of robotic systems expected by the end of 2026.1

The introduction of Versius into the Polish market is a significant milestone for CMR in the region, with Poland set to serve as a hub for CMR in Central and Eastern Europe. As a reference centre for Versius, Salve Medica will host Versius demonstrations for other surgeons from across the region, as well as training programmes for surgical teams from Poland and other Central and Eastern European countries who acquire Versius.

Per Vegard Nerseth, Chief Executive Officer of CMR Surgical said: “We are delighted to have introduced Versius in a hospital such as Salve Medica, a hospital with a strong background in robotic surgery. As we continue our expansion into Central and Eastern Europe, CMR’s presence in Poland will be an integral part of that growth. I am extremely glad that Salve Medica’s patients and surgeons are benefiting from the capabilities of Versius.”

Ewelina Barylska, Director of the Salve Medica hospital said: “I am very proud that we were the first centre in Poland to perform operations using the Versius robot and provide the first reference centre to train surgeons from all over Central and Eastern Europe. It is the future of medicine that is unfolding before our eyes. In that moment, surgeons at Salve Medica received tools suitable for the 21st century. This type of a technological solution increases precision and accuracy for our surgeons. For patients, this means shorter hospital stays and faster recovery time. We consider it a great honour.”

Dr Mateusz Jobczyk, Urologist, Salve Medica Medical Centre said: “With Versius, we have taken the next step to bring our patients into the future of surgery. I am pleased that we are entering into this next stage of robotic surgery and that Salve is the first to adopt this new technology in Poland. The small size and modularity of the robotic arms have given us versatility in our port placement for surgery, allowing us to perform more urological keyhole procedures robotically. We are excited to be opening up the benefits of robotic surgery to more of our patients.”

At Salve, Versius is currently being used across a range of urological procedures, including radical prostatectomies.The introduction of Versius in Poland follows CMR’s expansion into a number of markets across Europe, Middle East, India and Australia where the system is being used to perform surgical procedures across a range of surgical specialities including gynaecology, colorectal surgery, thoracic surgery general surgery and urology. Medico Systems is the exclusive distributor agent in Poland who will support CMR in addressing the growing demand for Versius in Poland.